My name is Pablo José Margaría, and I live in Lincoln, Buenos Aires, Argentina.

I’m a graphic designer by profession, and I currently work from home doing freelance and remote work. I try to learn different tools depending on what’s needed for my projects — these can include videos, HTML5 animations, programming, and some 3D modeling work in various Adobe applications. 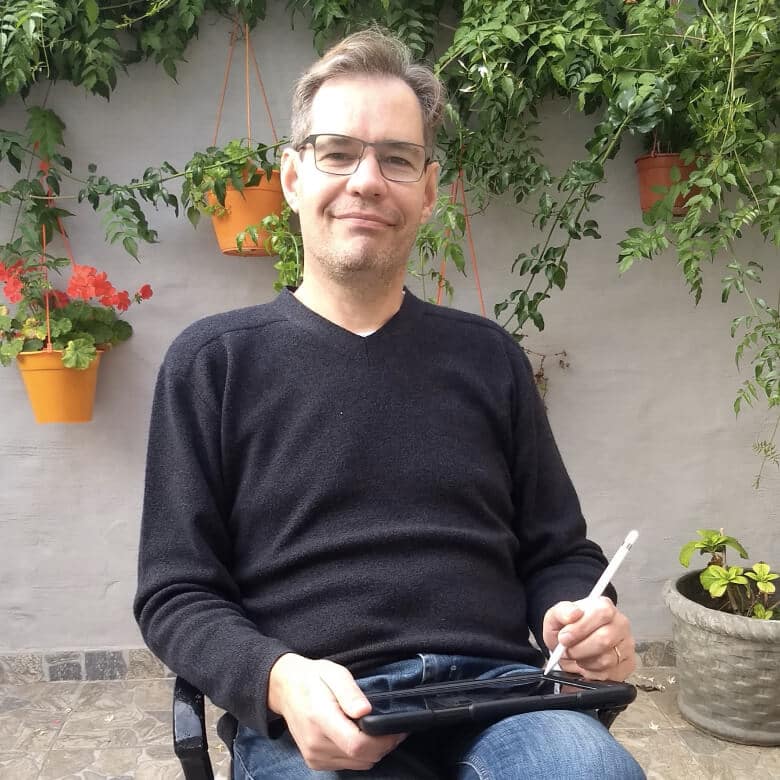 Drawing is my hobby, and I always try to learn a little more with each project. I began drawing occasionally from a very young age. Each of my drawings expresses something important to me, and drawing gives me the pleasure and personal achievement of creating something. Perhaps being a graphic designer informs my hobby and gives me an edge in my drawings when I seek to come up with a creative result.

How did this project start? What inspired you?

The project started from the moment I installed uMake. I tried it and learned about a couple of tools that could help me, especially ones which help with the mapping of perspectives, vanishing points, and other things, things that are very difficult to do on a traditional canvas or sketchbook. After just 14 days, I subscribed to uMake.

My drawings currently feature figures with perspectives, structures, buildings, and machinery, all in an atmosphere of light and shadow, wear and solitude. I seek to express something in these drawings: feelings.

The uMake feature that stood out the most to me was the ability to save and export a specific view of a model. It allows me to come back to the same setup and angle each time, even when I make changes to the model. It’s something incredibly simple, and yet extremely helpful: the possibility of interacting in 3D with a drawing project.

There are several apps in the App Store for 3D modeling. I tried some of them, but none offered me what I wanted until I discovered what I was looking for in uMake.

One helpful tool that I use besides uMake is a human poses app called ArtPose. It’s a reference tool that allows me to pose a virtual human body model when I’m trying to include a bit of life in my work. uMake allows me to do something similar with shapes and perspective.

I do a substantial portion of my drawing digitally in Procreate (a 2D drawing and painting app), using models I build in uMake as reference.

How did uMake help you? Are there any unique features in uMake that you took advantage of or that made the project easier?

In uMake, in addition to being able to save specific views and export PNG images, I’ve discovered some other unique or helpful features. One thing that’s particularly helpful is the ability to save an image of a certain layer, which I can then use to create different layers in Procreate. I can feed my work back and forth between these applications so that the final drawing is more realistic. The ability to save and export specific views in uMake is essential to achieving this.

My design process is first to play around with the shapes a bit in uMake. I often start messing around with something for no particular reason. I’ll create a 3D shape, save an image, export it to Procreate, and start looking for a motif. I’ll think to myself: this could be a wall, or a building, or even something abstract — until inspiration arises. That’s when I start to elaborate on the idea, and I might go back to uMake to further develop that shape by adding more elements. Then I export the image again and import it into Procreate to develop the drawing with more elements. 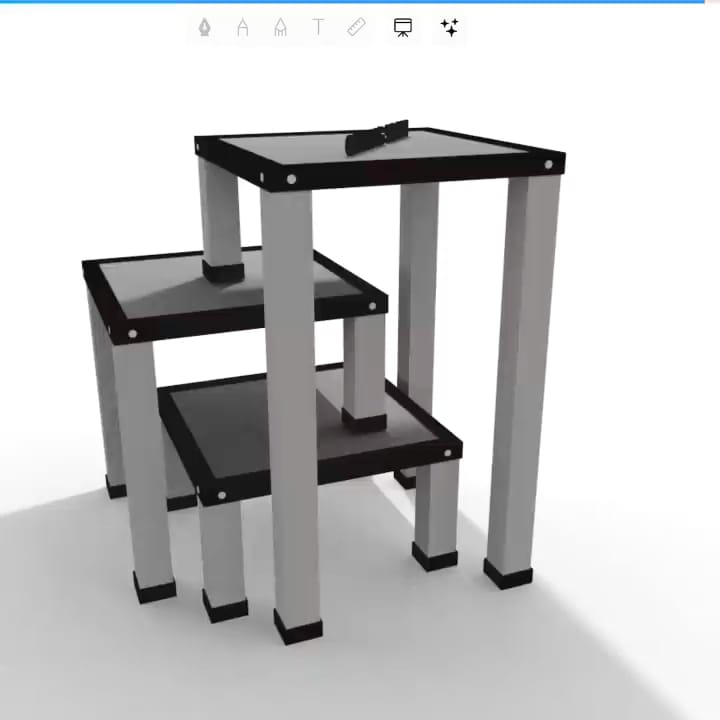 Did uMake’s mobile nature help you in the process?

Yes, of course! It is very nice to be able to create models so easily and to be able to do it all using my fingers and the Apple Pencil. I’m very happy with the experience of drawing on my iPad Pro; and between uMake, Procreate, and ArtPose, I have just about everything I need on my iPad.

What was the final result of the project?

I still do not have what I would call a “final result.” I am looking for it, but creativity has no end! I’m not done exploring, but I do have some finished drawings posted on Instagram.

I’d like to venture into architecture or industrial design and present 3D models with a more artistic finish. I think the incorporation of hand drawing as part of my process results in a kind of beauty that’s different from rendering 3D models the typical way.

What would you recommend to other uMake customers when working on projects?

I would recommend that illustrators try the possibility of using uMake as versatile tool when creating drawings with vanishing points, such as backgrounds for comics. Because uMake is a 3D modeling environment, it’s easy to explore and adjust different views and angles of the model. uMake has a lot of potential for creative uses as an artist’s reference and visualization tool!

I would like to see a more robust and fully-featured uMake with even more tools, possibilities, and controls that would be useful for artistic purposes and better integration with art apps. For one thing, it would help to be able to save an image of a view at twice the current resolution. It would also be great to be able to save animations of transitions from one view to another that could be used in video projects. I’d like to see the shadows between objects and surfaces be better represented, and I’d like to be able to specify the direction of lighting and control the orientation of the shadows. Even better if this data could be saved along with PNG exports.