As part of Apple's residency with MEAL*, creatives experienced AR demos for inspiration, developed their immersive ideas, and looked at examples to map out their journeys. Then they started with 3D Modeling using uMake for iPad, exploring geometry, patterns, textures, and environment.

Aiming to democratize the use of technology in design, MEAL* is enabling designers of all types with access to leading technical research via an open-source platform. 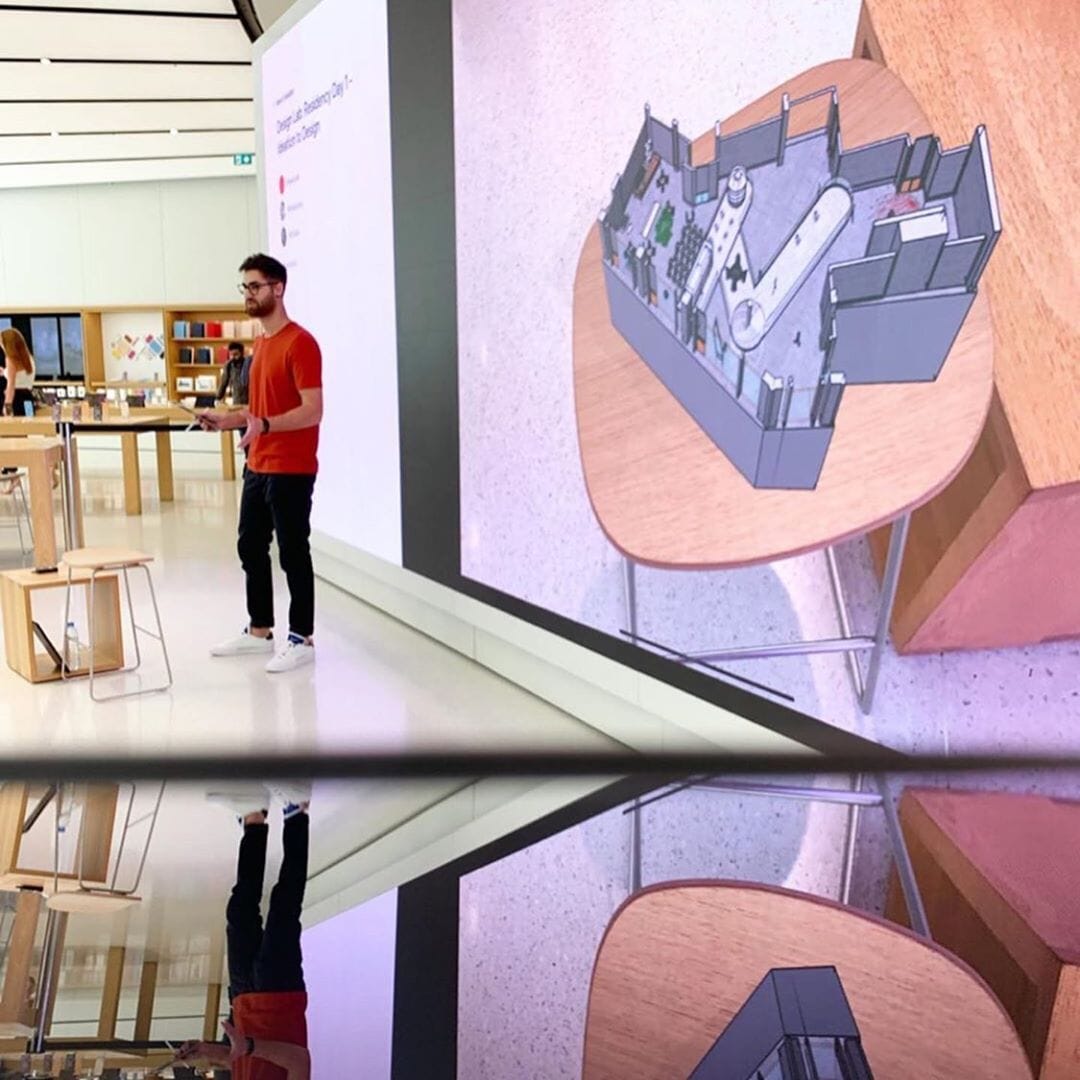 In September 2019, MEAL* — the Middle East Architecture Lab — collaborated with Apple to bring a hands-on AR (Augmented Reality) design experience to the Apple Store in Dubai Mall as part of Apple’s worldwide Today at Apple series of in-store experiences and workshops. Today at Apple events are free and open to the public, and many of them showcase AR tools, art, and experiences on Apple products.

MEAL* is a resource for designers, architects, and students. Aiming to democratize the use of technology in design, MEAL enables designers of all types with access to leading technical research via an open-source platform. Founded by Riyad Joucka, MEAL* also brings learning opportunities to designers. An architect, entrepreneur, and researcher based in Dubai, Riyad Joucka is also the lead architect and founder of MEAN*, the Middle East Architectural Network, the “synergistic counterpart” to MEAL*.

The four-day “AR for Designers” Residency took advantage of uMake’s versatility and iPad-friendly features to empower designers to develop and model their ideas in 3D — and then experience them using Apple’s AR capabilities.

Joucka described the significance of AR technology for designers to Esquire Middle East in September: “Augmented Reality allows designers to quickly evaluate digital models in context. The tool lends itself to the evaluation of these prototypes in different and environments and allows for immersive spatial experiences that extend beyond the confines of a desktop workstation.” The iPad was a natural fit for these tasks: “Apple hardware and software is very well integrated with AR, allowing design workflows to become seamless and portable. With the power and mobility of the iPad, for example, we can sketch, model, present and view a full design anywhere and at any time.”

Audience at the Apple Dubai store learning about uMake

Audience at the Apple Dubai store learning about uMake

Designers at the “AR for Designers” events did exactly that. Participants sketched and refined 3D models of furniture, art, and even buildings in uMake using iPad Pro tablets and Apple Pencils. They used AR technology to visualize their creations as if the virtual objects were actually present in the room with them. Composite scenes projected in real-time onto a large screen allowed everyone to visualize objects in scale and context as the designers presented their ideas to the group.

Experiencing your own designs in AR is a simple process in uMake: open a design and tap on the Augmented Reality Viewer button (located to the right of Freestyle Tool) on the Top Menu Toolbar. Point your iPad’s camera at a surface to place your object in your environment. The object will remain in place while you view it from different angles. You’ll also be able to scale and move the object with your fingertips to situate your design in context.