Steven Xu: Discovering a Passion for 3D Modeling in uMake

Steven (Ziqian) Xu is about to turn thirteen, and he's been using uMake for only three months. Designing in uMake helps him build confidence, and his creations are inspiring family and fans alike.

I’m a 12-year-old teenager, and I have a special interest in constructing things. I especially love building with LEGO bricks. When I accidentally found uMake in the App Store, I was extremely excited to see how quickly and easily I could build things out, so I asked my mum to purchase uMake for me, and I began to learn how to use it by myself.

Although I didn’t have an Apple Pencil, I quickly grasped the basics. I really enjoyed the learning process because it not only enhances my creativity, but also bolsters my confidence.

Also, as a big fan of military equipment, I have always dreamed of possessing some cool technology such as weapons and helicopters. While I can’t have these in real life, it’s fascinating for me to design and built them in uMake. 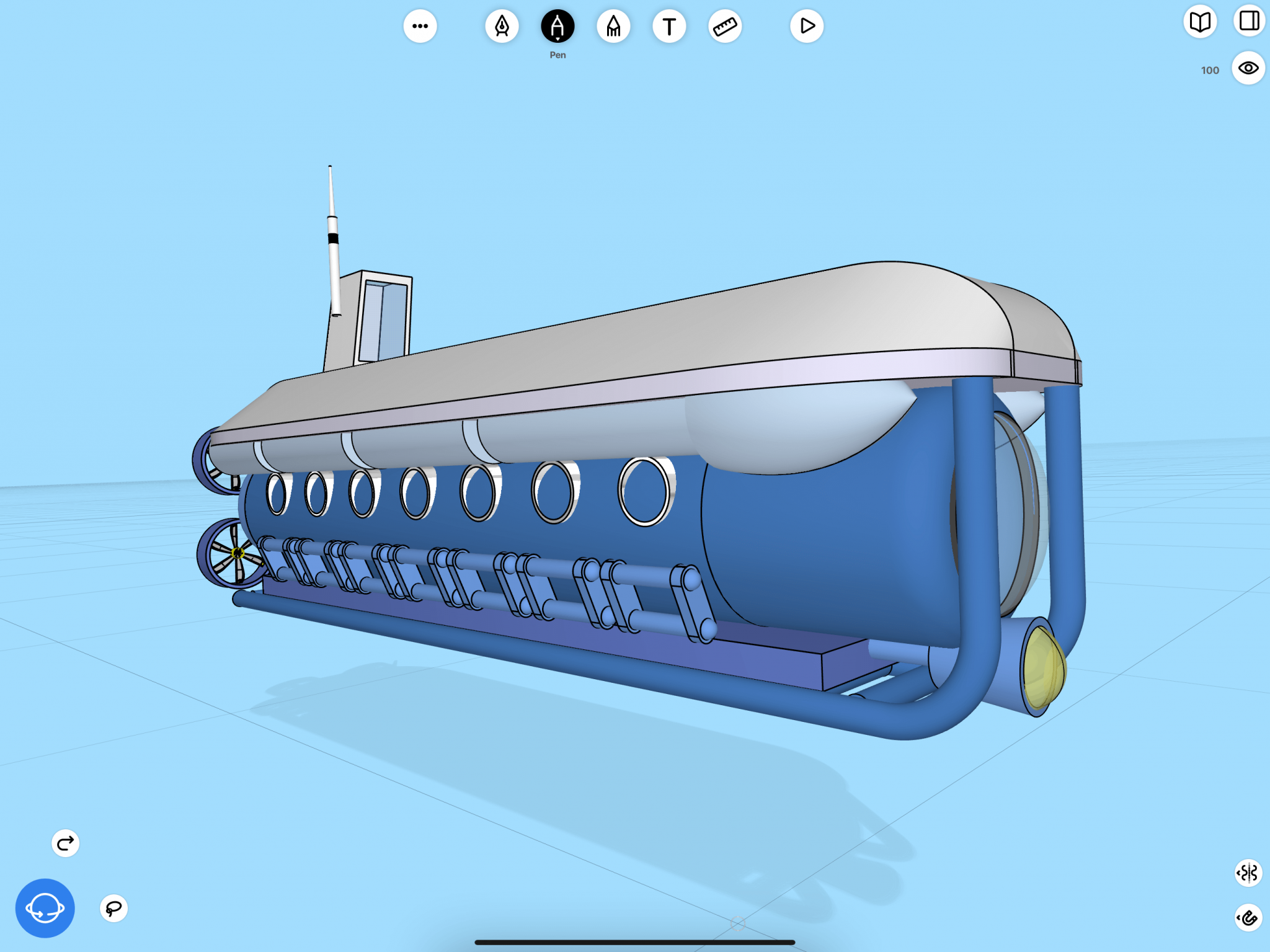 What other design tools did you consider or use for this project?

I haven’t tried any other 3D design tools so far. Initially, before downloading uMake, I also downloaded and tried another app named Procreate (a drawing and painting app), but since it only can create 2D designs and the possession of an Apple Pencil is a must, I gave it up and chose to learn how to use uMake instead to sketch out ideas. During the process of sketching, I found that uMake is a great helper in shaping my lines and curves, even without an Apple Pencil. 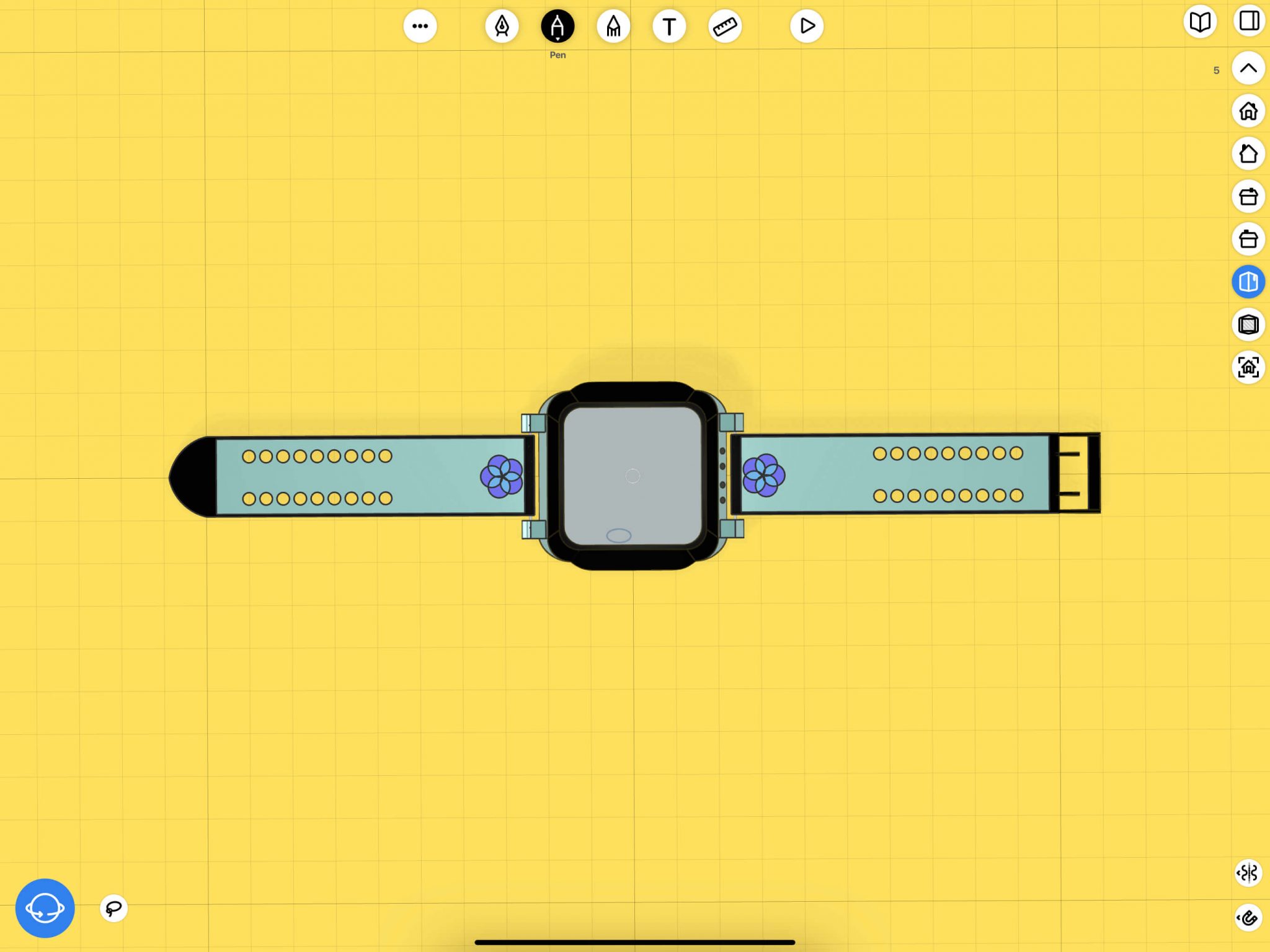 How did uMake help you? Are there any unique features in uMake that you took advantage of or that made the project easier?

The greatest feature of uMake, as I see it, is that it doesn’t require me to use an Apple Pencil. I just used my fingers to create those lines and curves as I completed my designs. Besides that, one of the biggest benefits of uMake is the tool called Mirror, with which I can replicate a part of my model to the other side of a plane. This makes things much easier and saves a lot of time.

How did you learn uMake, and what was your design process? How did uMake fit in that process?

I’ve been sketching in uMake for three months now, and so far I’ve created over a hundred 3D models. At the very beginning, I was studying all the tutorials in uMake on my own and completing my first groups of creations by following those videos. To my surprise, it was not that difficult for me to grasp the basics.

Next, I began to create my designs by observing objects in real life. During these strange times of coronavirus lockdown, I’ve been sketching things from simple to complicated. I sketched tableware, appliances, and even my own bedroom — which made me and my family very excited.

After that, I began to turn 2D photos into 3D models. I search for images of things I fancy in Google; things like trains, helicopters, or missiles, for example, and then I build them step by step into 3D models with uMake. During this process, one thing I found quite useful is that uMake allows me to import reference pictures into it, so I can constantly refer to the details of certain things as I sketch. 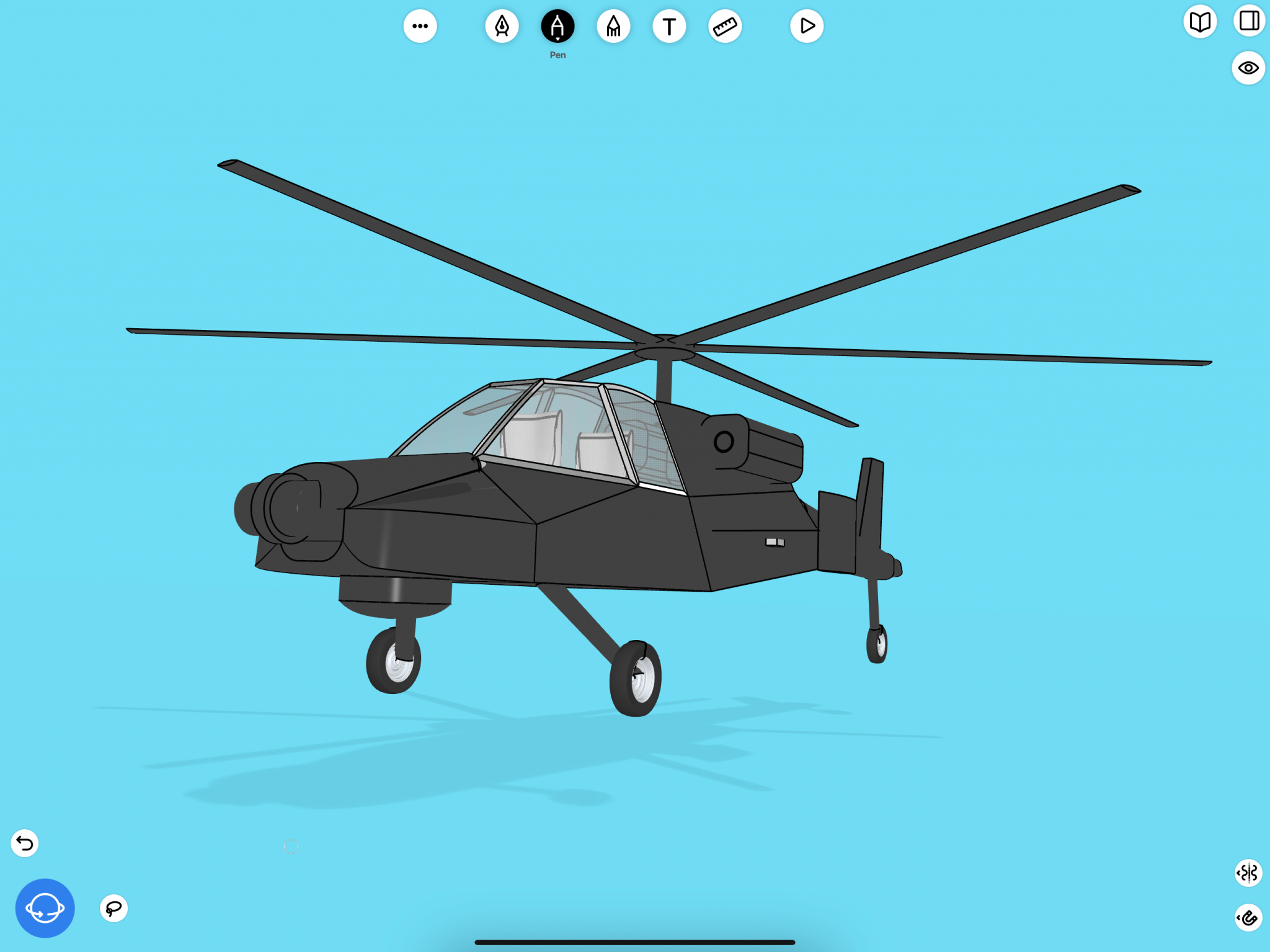 I worked with uMake at home most of the time. However, as I plan to sketch one piece of work every day, I think the portability of uMake will be very helpful if I go traveling with my family: I’ll be able to simply take my iPad with me and enjoy 3D sketching any time, anywhere.

I’ve maintained a habit of sketching something every single day in the past three months, and I’ve created 105 3D sketches so far. At this stage, my aim is to complete at least 300 models as a way to sharpen my skills.

Currently, I am trying to learn how to create a website so I can post all my sketches and videos on it. My mum said that, if possible, I might also publish a book of all my designs. I’d like to keep adding to my skills and perhaps share them with others who’d like to learn.

What would you recommend to other uMake customers when working on projects?

I have three tips for other uMakers, especially uMake fans my age.

First, always believe in yourself! Sometimes, when we come up with an idea, we might think that it’ll be very difficult to sketch out before we actually start to have a try. But if we can trust ourselves and have a try, the result will be extremely inspiring. To me, with uMake, ideas can always become reality.

Second, learn from the professionals. Watching videos shot by pros can be very useful, and I can always learn new skills for sketching and get some sort of inspiration as well. Additionally, there is a website called 3D Warehouse where a lot of wonderful models can be downloaded. I’ve been carefully examining those models in uMake, and this has also offered me opportunities to learn new things.

Third, practice makes perfect! At first, I could only draw simple things I found in my house, like tableware in the kitchen and my bookshelf in my bedroom, but as I practiced day after day, I realized that I was making great progress. Now I am able to sketch more complicated things like my school building or a rocket station. This has given me so much confidence that I’ve decided to make 3D sketching an everyday practice.

For me, uMake is nearly perfect! Thanks to it, I’ve found a new hobby and developed a passion for 3D modeling.

However, I remember that I once tried to search for online lessons that could guide me systematically in learning how to sketch in uMake, but I wasn’t able to find any. I think that, in the future, if more tutorial videos could be released for different levels of uMake customers, that would be fascinating. More ideally, if a set of online classes could be created for those who want to learn 3D sketching in a more systematic and organized way, that would be wonderful.