uMake allows Sophie Ricketts, the artist behind Cave Facts, to pioneer mathematically-inspired 3D papercraft projects — designed in uMake on an iPad and digitally cut on a Silhouette cutting machine.

I have always liked papercrafts, whether 2D or 3D. The trigger for my getting back into it as an adult and getting more serious about it was when I saw the new hobbyist-level cutting machines made by Silhouette and Cricut. I didn’t know exactly what I wanted to make when I bought a Silhouette Cameo in 2014, but I knew I would think of a thousand things to make with it. 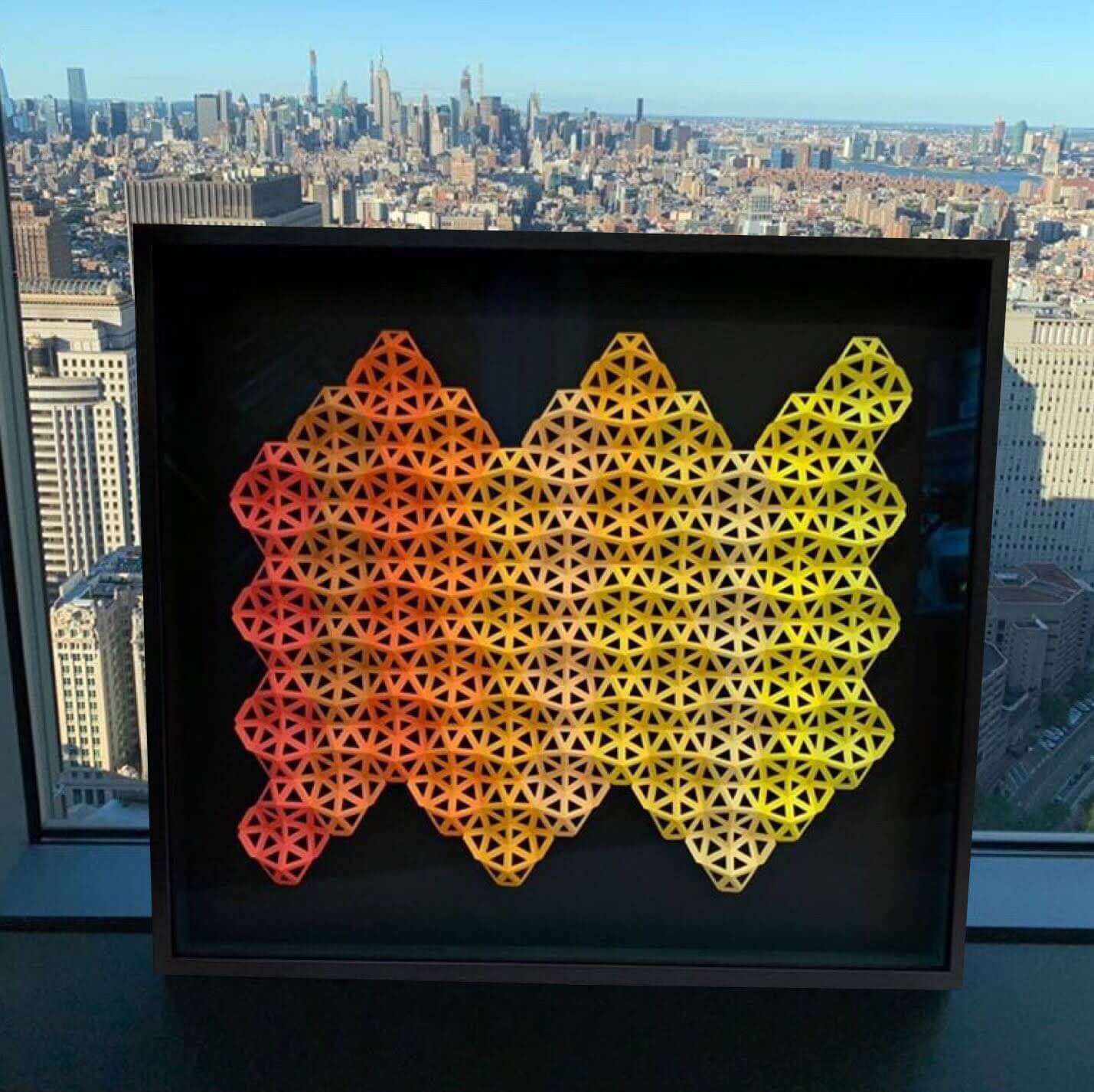 I had decided to focus on making 3D objects, and to that end, I taught myself to use SketchUp in 2015. Then I went through a period in which I was dealing with some health issues. I was stuck in bed, so I could only use an iPad. I figured I should try to see how much of my workflow I could accomplish on the iPad alone. I ended up trying several different 3D apps and choosing uMake as the best one. 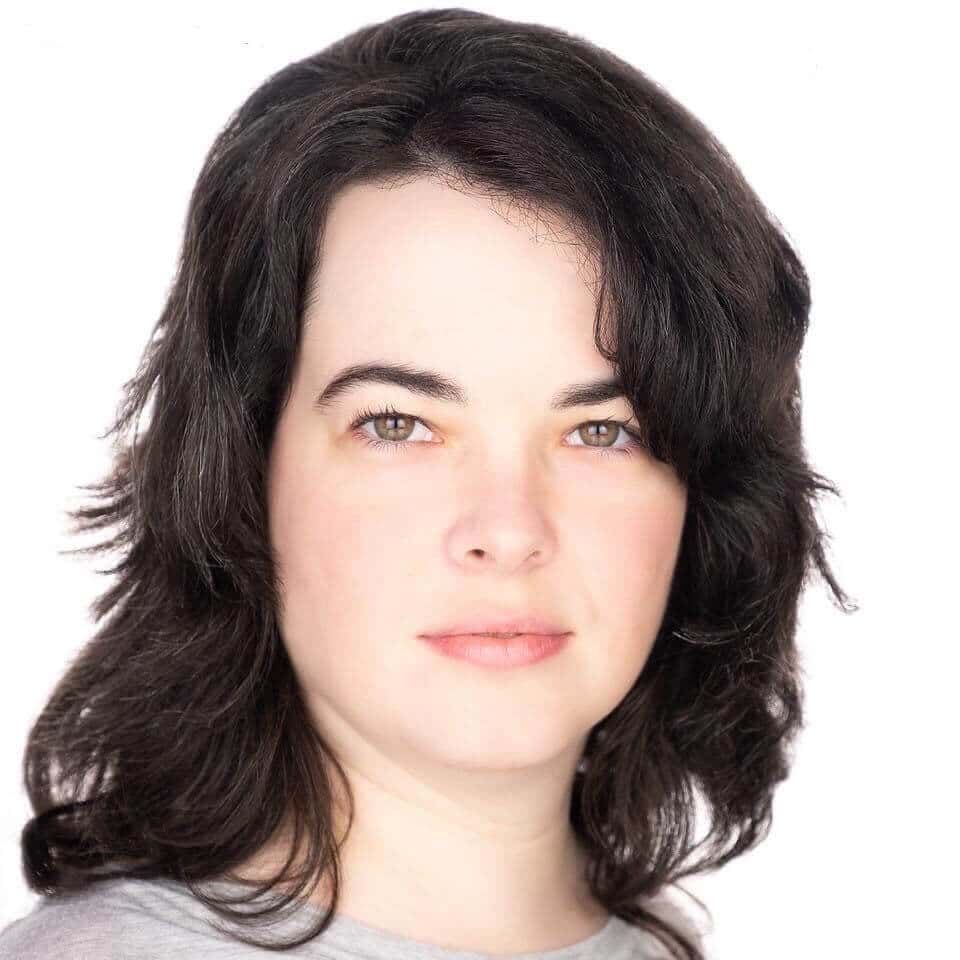 I also use Pepakura for unwrapping and flattening 3D models, Inkscape for 2D vector editing, and Silhouette Studio to prepare files for the cutting machine. I used to like SketchUp about as much as I like uMake, but they have since switched to an online browser-based version and discontinued the traditional installed program. That’s not really my jam, so I stuck with uMake instead of going back to SketchUp.

In terms of features, I felt like uMake and Sketchup were about equally easy to learn and get used to, but I can’t remember exactly which features were the same or different, so it’s hard to make a comparison to say which unique features stood out. Also, I’ve developed my own techniques for creating geometric forms, so I may not be using these programs and their features in the most obvious or typical ways.

I like the fact that uMake is designed for the iPad. The unique thing about using a 3D design app on a touchscreen without a stylus is that you are actually using fingertips on both hands to manipulate the model, and there is something kind of “Minority Report” about that. I really like it. I feel like I’ve been waiting for technology to feel like Minority Report ever since I first saw those scenes of Tom Cruise moving programs and files around in the air with his fingertips. It makes me want to get the biggest touchscreen available and use uMake on it! (Editor’s note: uMake can be used both with and without a stylus).

What is your design process? How does uMake fit into that process?

I start by looking at geometric concepts on Wikipedia or Wolfram Math World, or just thinking of something I want to try to make. Then I try a bunch of different ways of building it, which might involve first building a scaffold to get lines and points positioned correctly. It usually takes several tries to get where I am trying to go. Sometimes, in the process, I notice something else that interests me and get a different idea.

One constraint is that I only build with flat planes since the eventual material I’ll use is paper. Paper can curve, but only in one direction, like on a cylinder. So far, I have not used any curved surfaces in my designs. Then, when I have completed a design I like, I export it to Pepakura and turn it into a 2D cutting file. 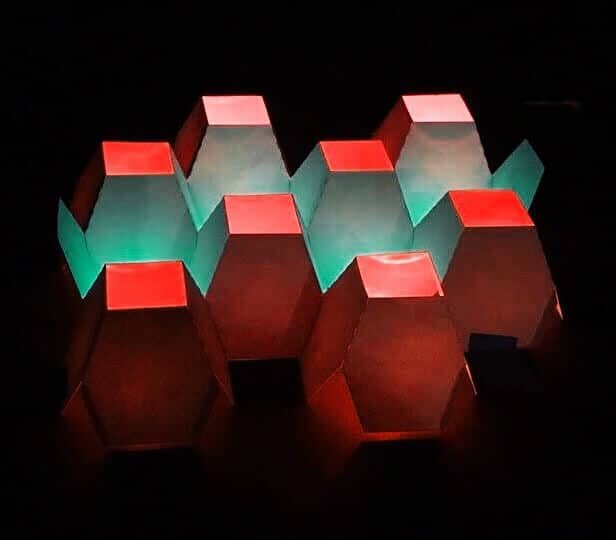 I’m at home all the time, so I don’t really need to carry my workaround with me to different places as some people do. But being able to work on my iPad was important during that time when I was stuck in bed, and as I mentioned, I really enjoy being able to manipulate the software with my fingertips.

So far, I have mainly been making 3D paper art out of cardstock. Then I photograph these creations and share them on Instagram: @cave_facts.

I will be making many more designs and also creating a large art installation later this year. In the future, I would like to incorporate lighting into my designs, start dyeing my own custom-colored cardstock, try 3D printing, and eventually have a design mass-produced by a company.

Keep a non-destructive trail of files as you create your designs. That way you can go back to an earlier point in your process and branch off in a different direction. This is especially important when I am creating a new design that is unlike any of my previous designs.

Advice for a young person wanting to be an artist:

If you have some recognizable amount of talent, that is enough. The rest of it is structuring your life to give you enough time to put in the work. The work part of it is not that this one genius idea comes to you one day, the way some movies portray creative genius. It’s more like, you slowly build up this massive personal library of resources, knowledge, tools, and custom techniques. At some point, there is nobody else in the world who has the same artistic fingerprint. I’m still getting there. 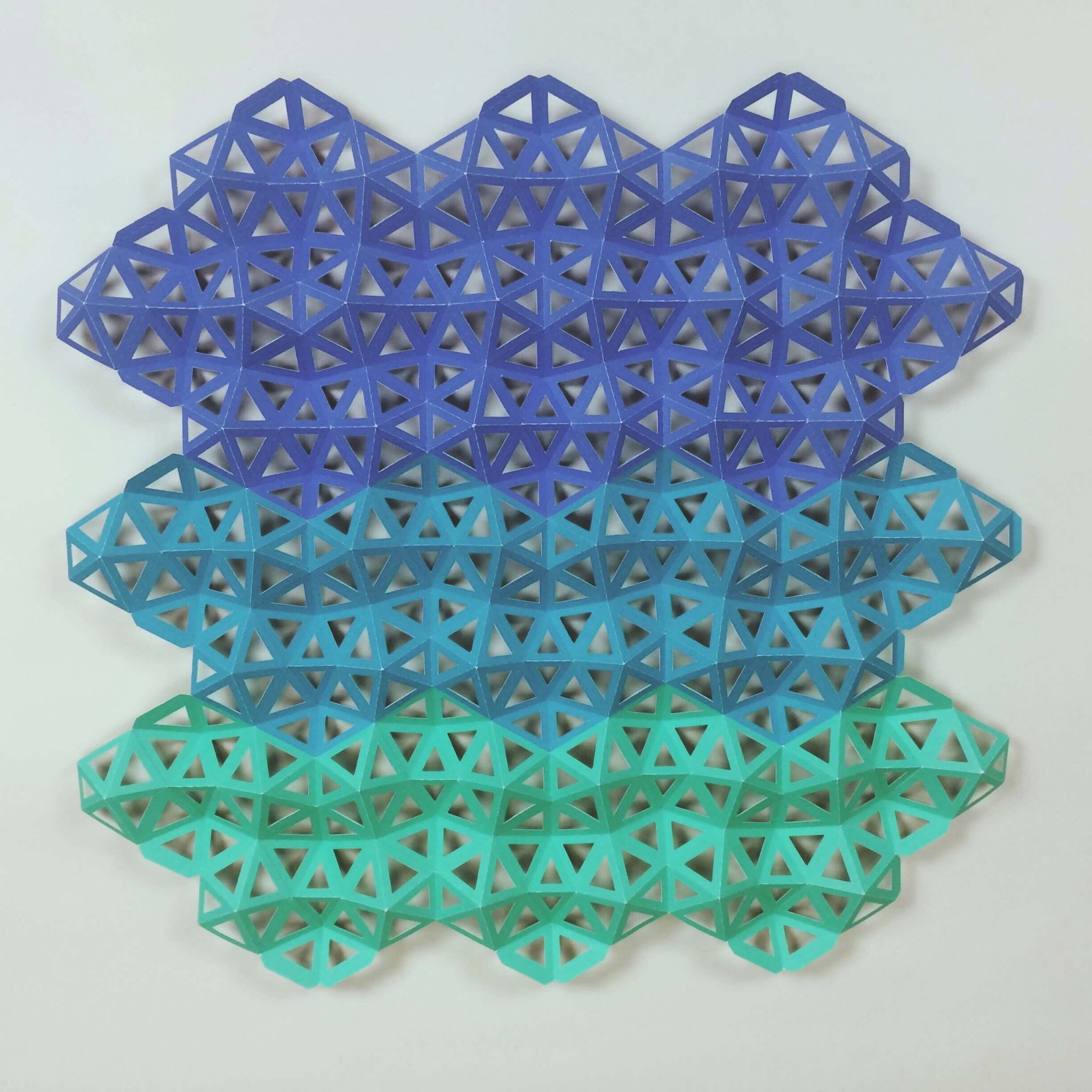 The ability to reverse faces. More advanced rendering options, like improved materials and lighting. This next request might be unique to my artwork, but I wish I could draw on any surface with the same level of control that I have when drawing on the blank grid, if that makes sense. As it is, I end up creating those 2D surface details later in Inkscape or Silhouette Studio, but it would be cool if I could add them in uMake and then render it to look just like the final product.