3D Design Class at The British School of Paris

For Keith Peary, technology teacher and Deputy Headmaster at the British School of Paris, uMake is an accessible and inspiring way to introduce students to 3D design and prototyping.

In 2014, the School recognized that pupils were not getting sufficient opportunity to develop their IT skills within the mainstream curriculum.  Increasing the number of computer rooms failed to meet the growing demand across the full range of subjects taught here at The British School of Paris.  It was for this reason that we moved to a one-to-one deployment of tablet devices.  After much consideration and debate, the chosen device was the iPad! 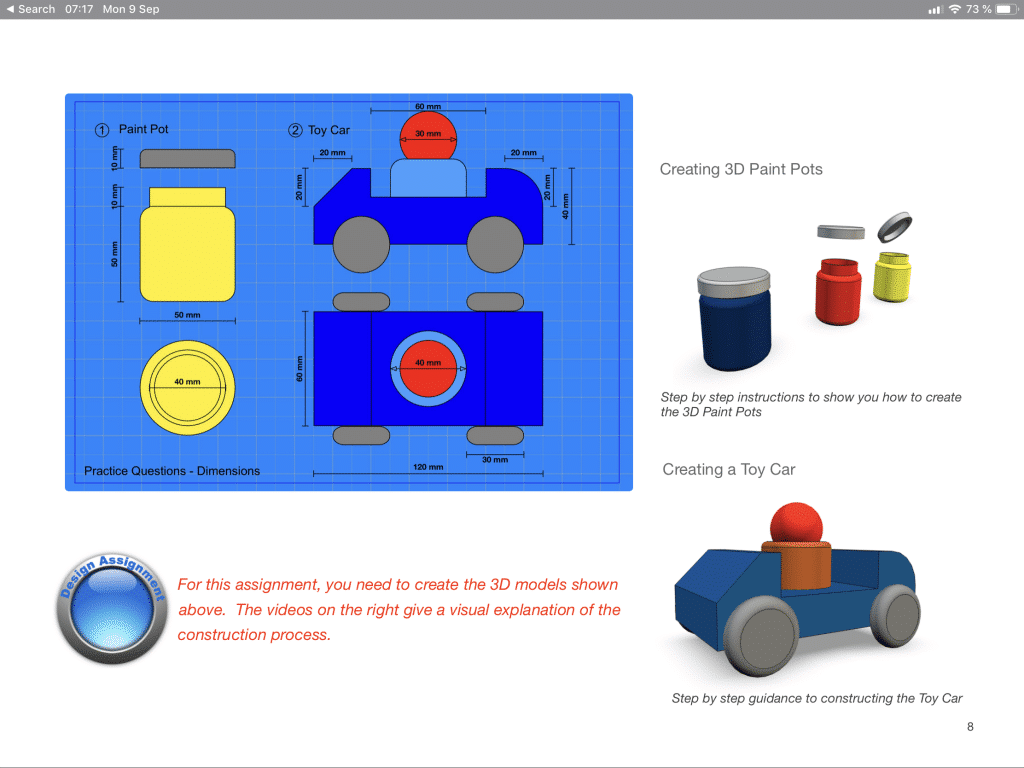 As I was responsible for this project, I had to be certain that I led by example. I already had my own iPad, so I had done a great deal of research during the previous few years. I was pleasantly surprised to see how quickly apps came to the marketplace. It was also wonderful to be able to develop working relationships with app developers. Can you imagine having a chance to talk to Microsoft Word programmers to share your opinions? Never!

I am a teacher of technology, so I was keen to start using the device to create 3D models with the younger pupils — and this was proving to be quite difficult. I remember buying a number of apps with “3D” in the title, only to be shocked and surprised at just how poor these were! Then I came across 123D Design by Autodesk, and I immediately knew that I had something that I could use in the classroom. I developed a good working relationship with developers at Autodesk and introduced a 3D program for Year 9 (13-year-old) pupils. It was so good to see the iPad being used by a group of pupils in a standard classroom. This course was incredibly popular with the students and helped me to prove just how versatile the iPad could be as a teaching tool.

To my absolute horror, 123D Design was removed from the marketplace with little or no warning. It left me feeling let down and worried about what I would do next. I spent time researching apps and came across uMake! I really wasn’t sure what I had found at that point, or if it was something that I could even work within the classroom.

uMake was exactly what I had been looking for; indeed, it surpassed all of my expectations.  I wasn’t restricted to drawing strictly geometrical shapes.  It would offer all my pupils something that they would be interested in.

uMake is a truly amazing 3D app that allows you to create 3D shapes way beyond the CSG (constructive solid geometry) system that 123D Design was based on. Most importantly, there is someone to talk to and people to seek advice and help from.

There was no question that this was by far the best app on the market, and it remains the only quality 3D app that does not require users to employ an Apple Pencil. The power of uMake allowed me to reshape the project to give pupils greater freedom to work in areas that interested them, as I knew uMake would allow them to create any 3D outcome. It was so pleasing to see how quickly children became familiar with the interface and wide range of powerful tools. Our pupils are digital natives who find manipulating 3D shapes by using only their fingers on a screen incredibly natural. We have also witnessed so many enhancements to uMake over a number of years that have made us much more efficient designers of 3D products.

Mechanical drawing made by Keith Peary, technology teacher and Deputy Headmaster at the British School of Paris

This is easy to answer, as there are no other credible alternatives unless you have access to an Apple Pencil and an iPad Air 3rd Gen or better!

Pupils found it incredibly easy to create sketches and then to rapidly change them into 3D models. The ability to work at any given point in 3D space was something I had not experienced before. Pupils thoroughly enjoy being able to apply textures to 3D objects to create more realistic outcomes.

It was so pleasing to see just how much time the uMake team was willing offer me to help me make the best use of their app to support our children’s learning. 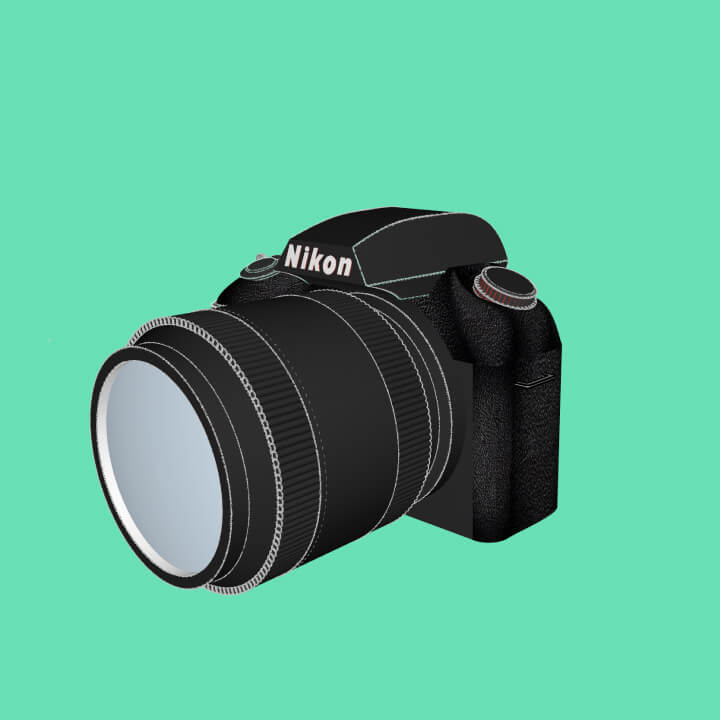 Camera drawing made by Keith Peary, technology teacher and Deputy Headmaster at the British School of Paris

This project was designed to teach children how to use a tablet to create a wide range of 3D objects. We started with basic shapes such as a cube and then employed the copy command in three different planes to create simple block characters. We then went on to use layers to help them simplify a drawing while producing more complicated outcomes. Pupils were then challenged to use tools such as revolve, array, and spline. We also gave pupils the opportunity to 3D print their models by exporting STL files directly to the printer.

It is wonderful to be able to work anywhere and at any time. Technologists are so used to being restricted to working in specialist spaces like computer rooms; however, with uMake, this is no longer necessary! Pupils can even work independently anywhere in their home or even whilst traveling! 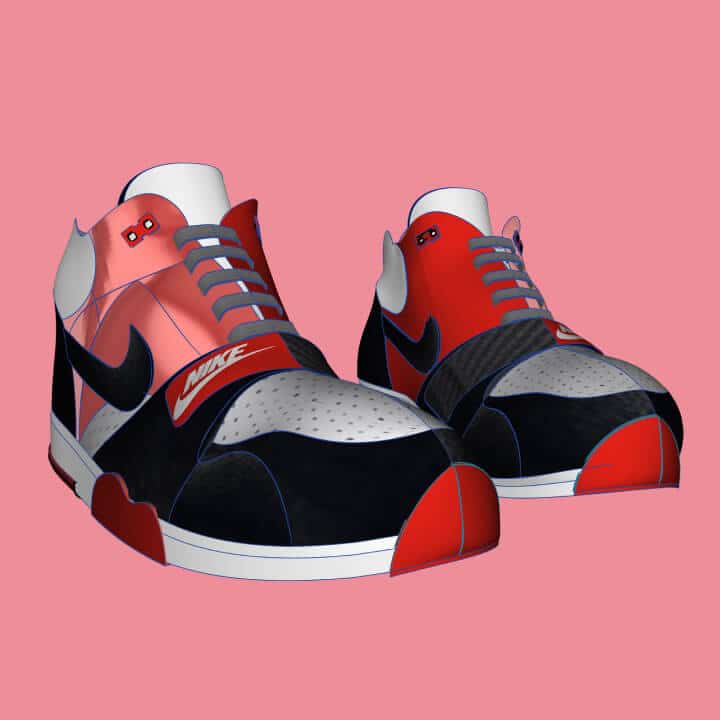 Shoe design made by students at the British School of Paris

Pupils have produced an enormous range of outcomes that we are pleased to be able to share.

Architectual design made by students at the British School of Paris

Submarine design made by students at the British School of Paris

I want to see this project respond to the needs, interests, and dreams of my pupils.  As uMake continues to enhance this application, my pupils will have greater freedom to pursue personal goals. 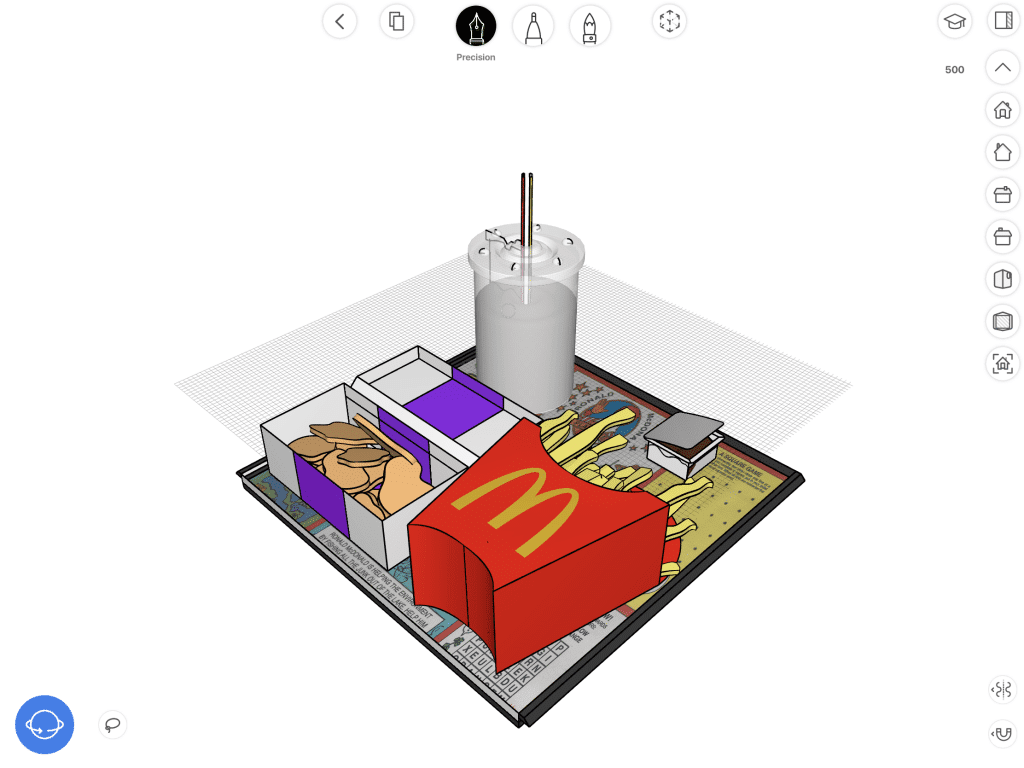 Plan with care, make maximum use of layers, and share your experiences.

It would be wonderful to be able to animate 3D objects to show detailed functionality. I would also like to be able to create photorealistic rendered drawings within the application.  We are now looking to use Qlone to import 3D scans to guide pupils when constructing their new 3D models.  We will then share with Sketchfab to publish outcomes for the rest of the world to see!