We shouldn’t let a few pixels overshadow one of the most amazing technological achievements in recent years. iPhone X is the end of the smartphone as we know it and will lead the way to a new form factor — AR Glasses.

You don’t have to be an Apple fanboy to appreciate how far the iPhone has come from its origins. The fact is, the iPhone X is just as revolutionary as the first iPhone. I have a few thoughts about what this means for consumers and developers alike.

Where It Started — ‘Kinect’ by PrimeSense

To understand why the iPhone X is so groundbreaking, we have to go back 12 years to revisit the work of then-new Israeli company, PrimeSense.

Aviad Maizels, Alexander Shpunt, Ophir Sharon, Tamir Berliner and Dima Rai founded PrimeSense in 2005. They were all graduates of the Israeli Defence Forces’ (IDF) Elite Intelligence and Air Force units. The company brought advanced military technology to general consumers in the form of the Kinect — a device that scans the surrounding environment using light coding technology. In other words, PrimeSense gave machines the eyesight of humans.

Kinect had great commercial success due to a partnership with Microsoft, which sold it together with XBox 360. The partnership between Microsoft and Kinect ended, leading Apple to acquire PrimeSense in 2013. 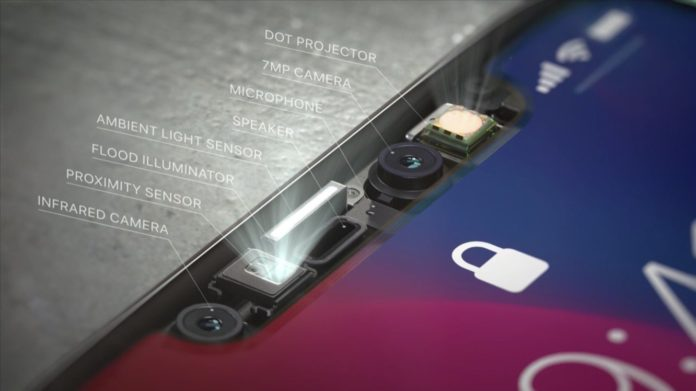 Honey, I Shrunk the Kinect

It took Apple close to five years to invent the iPhone and almost four years to reinvent the camera on the iPhone. Scientific and technological breakthroughs like these don’t happen overnight, although many of us take this for granted. The iPhone X is a piece of technology in a league of its own in today’s market. It may take its competitors some time to match this level of innovation, and this is in part due to the Notch.

The ‘Notch’ component on the iPhone X is the tech that evolved from Kinect — just smaller, way smaller. The rectangular ‘Head’ of the Kinect was 11″ x 2.5″ x 1.5″ (width x depth x height), while the iPhone X Notch is approximately 1.4" x 0.25" (w x h) . That’s a difference of almost 8x smaller than the original Kinect. For comparison:

Where It Continues — The iPhone X Camera

Over the past few years, Apple has made substantial improvements to the iPhone camera. You can observe how from this handy chart by Apple Toolbox

In late 2015, in an interview with Tim Cook, the world learned that the iPhone camera is composed of more than 200 individual parts. I bet this number is a lot higher with all the stunning capabilities of Apple’s newest flagship device.

Apple has invested heavily in enhancing the front-facing camera in recent years. Likely to adapt to the Selfie phenomenon, but also probably influenced by a desire to personalize the iPhone’s user experience. The Animojifeature and the devices ability to analyze more than 50 facial muscles and movements is just the beginning of this personalization effort.

Apple’s powerful A11 Bionic processor is the last piece of the puzzle. Along with hardware advancements, Apple has been putting time and energy into revamping their software as well — this advanced processor is what powers the device’s complex Machine Learning and Augmented Reality features.

Apple says that its A11 Bionic is the most powerful and smartest chip ever to grace a smartphone, with a neural engine that’s capable of up to 600 billion operations per second.

The A11 Bionic chip inside the iPhone 8, iPhone 8 Plus, and iPhone X vs. the 2017 13-inch MacBook Pro. AppleInsider/Geekbench via Business Insider

As the iPhone closes the gap between mobile devices and desktop computers, it has cut out a place for itself as the single provider of a true desktop-class performance on a mobile device. Their position opens up many doors for customers and developers alike.

We can now develop software once thought impossible on mobile devices due to computing limitations. The biggest and most exciting advantage of this development is that mobile devices are with us day and night; everywhere.

Imagine how much data our smartphones can collect every day — about our habits & behaviors (apps usage), environments (location, camera, WiFi, Bluetooth), health and fitness, voice (microphone), face (camera), home and lifestyle (HomeKit) and so much more. Now take all of this data and let a machine learning-based program analyze it to create assumptions about everything — including potential relationships. The opportunities are endless, for those consuming and those developing for those consumers.

Apple claims it uses a map of 30,000 light dots to map your face when using FaceID to unlock your device. To process data at this scale quickly and efficiently, you need a powerful processor, which also leads us to Augmented Reality.

Now that we’ve established the strength and opportunities provided by a fast processor and machine learning, we can talk about Augmented Reality. AR is the link between these technological advancements and consumers. This new technology will shift how we concept user-interfaces, and we will need to enrich long-held 2D experiences by transforming them into 3D. 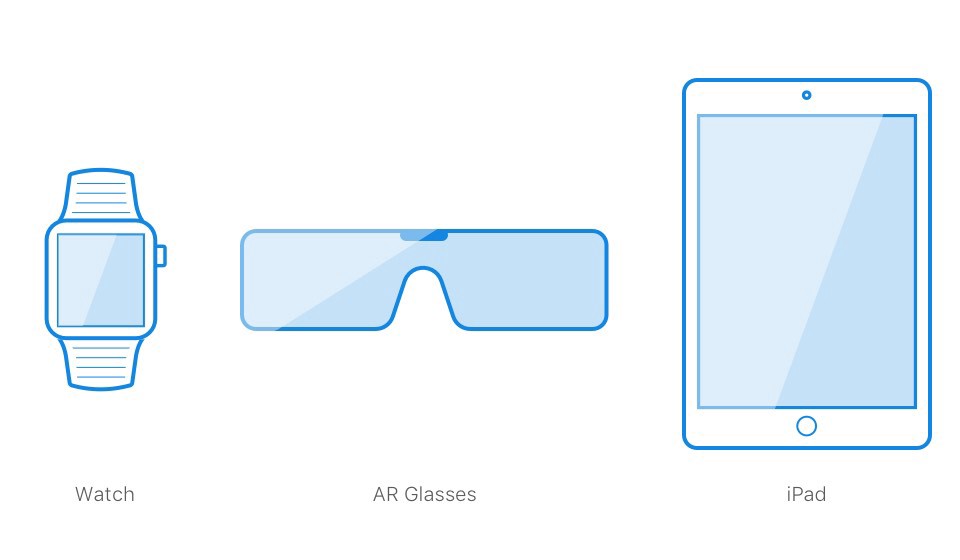 AR Glasses will take the smartphone’s place and will become the prominent communication device (source: uMake)

Over time, we will use our smartphones less to connect with each other and rely on wearables like AR-powered glasses and Smart Watches to do both work-related and social tasks. Smartphones might power these devices for some time (like the PC and smartphone in their early days), until capable hardware can be formed on a very small scale.

We can already see early examples of great use cases for AR in IKEA Place and Houzz, which are apps that allow users to place furniture in their homes before they make a purchase. The Gaming industry has shown initiative in AR with games like My Very Hungry Caterpillar AR and others that allow children to interact with creatures in the playground. Utility apps are also cracking the puzzle with products like AR Ruler that increase productivity.

Expect richer digital experiences that are closer to, or perhaps better than, reality as these technologies (AR and ML) continue to improve.

Innovation In Its Best

The iPhone X is leading the charge to bring about a future that is enhanced by technology. Apple’s goal with the release of the iPhone X is to lead the race in the future of mobility.

If we take anything away from Apple’s latest Keynote is that it still has its innovative spirit, and still delights in showing us a glimpse of the future with its latest products.

Design in any dimension. Get creative today!